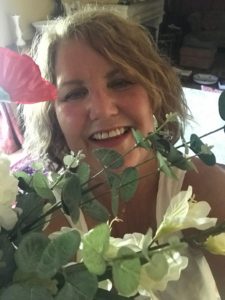 Maree Giles is an award-winning Australian writer, poet, journalist, creative writing teacher and mentor, and the mother of two grown-up children. She was a Royal Literary Fund Fellow at Kingston University London, 2009 – 2010, and a dissertation supervisor on their Creative Writing MFA. Maree launched her career as a fiction writer after winning first prize in the prestigious SHE/ARVON/Little,Brown short story competition, and was a runner-up in the Ian St James Awards.

Maree has more than thirty years experience working with words and couldn’t imagine doing anything else. Australia is the main setting for her books. Injustice, family relationships and parenting, friendship, politics, the arts, people and places, all motivate her to write and to teach others about the craft and joys of writing. Her novels are published by Virago Press, London, and Hachette Australia.

Maree moved to the UK in 1980 and more recently spent eight years in south-west France. She has taught creative writing at some of Australia’s top Writing Centres, such as Varuna, the Writer’s House in Katoomba; the Australian Writer’s Centre,  and the NSW Writers’ Centre, and has been a guest speaker at Festilitt, the Parisot literary festival in south-west France, the Byron Bay Writers’ Festival,  the Sydney Writers’ Festival.  She has given talks and readings at many events and on national radio in both countries. She has written for Overland Literary Journal, the Evening Star New Zealand, Parents’ magazine London, Woman’s Day magazine Australia, where she was the Home Editor, and was a television news producer at Visnews (Reuters) London, and a senior writer at the Bucks Free Press, Buckinghamshire.

Maree has had an interesting and varied life that has included working with underprivileged outback children with the Far West Children’s Health Scheme in Australia.  During one unforgettable summer she was a jillaroo on a sheep station near Walgett, NSW.

In New Zealand she studied psychiatric nursing at Porirua Hospital, Wellington. While studying marine biology at Otago University in Dunedin, New Zealand, she was a research assistant at the Portobello Marine Laboratory, Dunedin.  This was a fascinating job that also involved the care of marine animals in the public aquarium, and looking after sharks used in research.

In England she was an art teacher and swimming instructor at a school for special needs children in Cumbria, and waitressed at a pub called The Snooty Fox.

Back in Sydney she was a vet’s assistant at a Sydney practice, caring for some unusual animals like a tawny frogmouth owl, and a diamond python.

She has travelled extensively across Europe, and as a young child spent a year living in West Virginia, U.S.

All these experiences have enriched her world view and continue to inform her writing.

Maree is currently working on her fourth novel, set in Sydney and Paris, against a backdrop of post second world war exuberance and poverty, when Christian Dior’s extravagant New Look silhouette burst onto catwalks and created an international outcry. With the help of the Australian fashion industry, Paris couturiers like Dior and Balmain were soon back on their feet after the deprivations of the Occupation.

“To predict the behavior of ordinary people in advance, you only have to assume that they will always try to escape a disagreeable situation with the smallest possible expenditure of intelligence.”

UNDER THE GREEN MOON

THE PAST IS A SECRET COUNTRY